This last Sunday, on the 22nd to be precise, I happened to look out the window at the trees that sit just outside our fence in front of the lake and noticed that some of the leaves are already starting to turn, then breathed a small sigh of relief.
The Dog Days are over.
For those of you who don't know, the Dog Days, according to Wikipedia, are the hottest, most sultry days in the northern hemisphere that usually fall between early July and early September. In other words, the most suckiest, crappiest, part of summer.
Personally I have little use for summer once the 4th of July is over. If it were within my power to somehow skip it by putting myself into some sort of self-induced coma or hibernation I would do it without hesitation.
Wiki says: The phrase Dog Days comes from the ancient belief that Sirius, also called the Dog Star, in close proximity with the sun was responsible for the mind-numbing, hot ass, weather. They were popularly believed to be an "evil time when the seas boiled, wine turned sour, Quinto raged in anger, dogs grew mad, and all creatures became languid, causing to man burning fevers, hysterics, and phrensies."
Yep... sounds about right to me. And they didn't even mention the swarming, biting insects that descend and prosper with a maniacal frenzy right around this time. As if things weren't bad enough already.
For me, the Dog Days have always been the absolute most craptastic time of year. If anything bad is going to happen, it's bound to happen during the Dog Days. If I look back over my life I can't help but notice that all the worst break-ups, arguments with best friends, job losses, money failures, what have you, almost always fall in this magical time of late summer, just before Fall comes. Or maybe it's not that bad things happen more often, but that when bad things happen during this time of year it seems so much harder to deal with. And even if nothing especially bad happens this is always the time of year when life becomes more about survival, just getting through every single day when I barely have the energy or the will to get out of bed and walk the short distance to the couch where I can spend the day watching movies and eating Totinos Pizza.
I've learned to be careful during the Dog Days. I've learned not to expect too much from myself or anyone else. I tread lightly, or not at all. I don't try to do anything too challenging, or thought-provoking. I don't try to improve myself. "Just get through it, just get through it," is my mantra during the Dog Days.
In Ancient Rome the dog days exended from July 24 through August 24. The Old Farmer's Almanac lists the date as the 40 days beginning July 3 and ending August 11. The Book of Common Prayer lists the "Dog Daies" as beginning on July 6 and ending August 17. For me it doesn't begin or end on any specific day, but I feel it in my bones when it comes, and I feel it in my soul when it's over. It's like that involuntary sigh that you heave after a loud noise finally ends, or the way your muscles relax when a nagging pain finally ceases. It doesn't always come with that first day after the long summer when you walk outside and you feel that shift in the air from humid heat to cool crisp.
This year it's still hot as hell outside, but with that first sight of turning leaves I can tell that the Dog Days are finally over.
I can feel it.
*sigh* 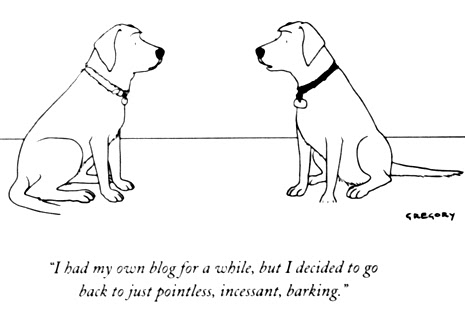 September is the hottest month of the year in L.A. I guess my dog days aren't done. For me, I have just finally reached the point in my life where I don't feel an odd sense of longing when the kids go back to school. That was always so exciting and new.